We have received the first of the breath-taking images taken from the DSCOVR satellite positioned a million miles from Earth, at the Lagrangian 1, or “L1 point,” where the gravitational pull of the Earth and the Sun cancel each other out. As a result, the satellite orbits the Sun along with the Earth, always remaining between them, with a constant view of the fully illuminated face of Earth as it rotates.
DSCOVR is four times farther from the Earth than the moon, so on those occasions when the moon passes between the satellite and the Earth, we are able to see the “dark side” of the moon as it passes in front of the live rotating sphere of the Earth, providing an extra measure of inspiration and awe.

THE TERRACED RICE paddies of southern China are breathtaking, with flowing lines and vibrant colors that make them look like nothing else on Earth. Thierry Bornier has spent two years creating stunning photos that make the terraces look more like abstract paintings than landscapes. 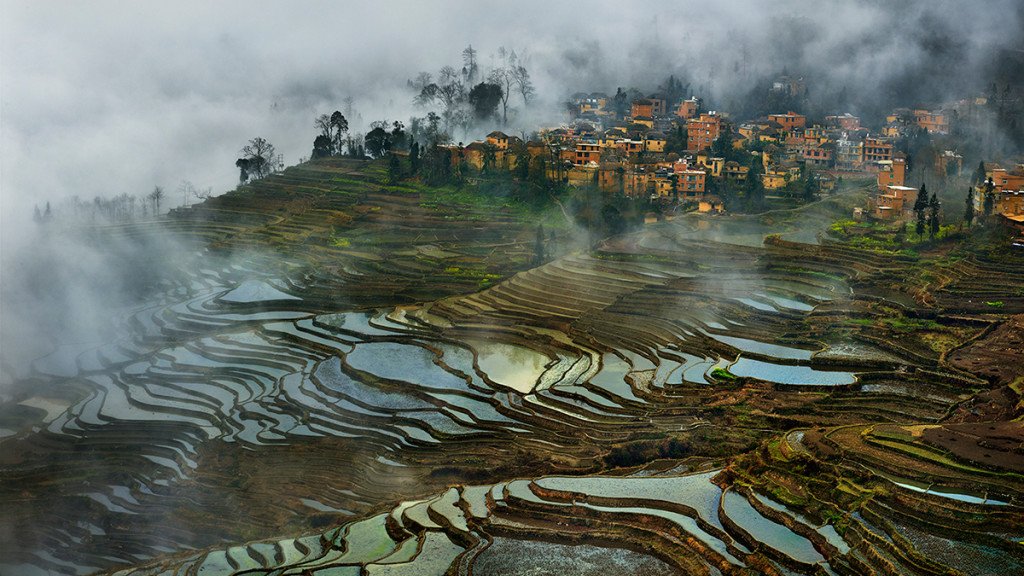 Churning and frothing just below the old wooden floor of a former movie theater in San Gimignano, Italy, a mysterious vortex of ominous black water seems to perpetually drain into nothingness. The artwork is a new iteration of artist Anish Kapoor‘s Decension installation that appeared earlier this year in India. The former cinema and theatre space is now the home of Galleria Continua that hosted the exhibition.